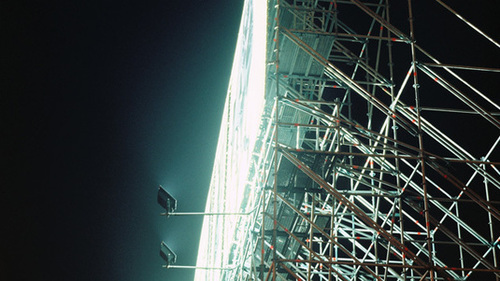 Gerald Gorman, who runs online businesses such as Lawyer.com, pays Google(GOOG) $100,000 a month to place ads near search results and on Google’s partner sites. While the ads have proved effective at attracting customers, their increasing price tag has led Gorman to look around for alternatives.

In the past, Gorman would have been out of luck. That’s because, despite the Internet’s rapid growth, most small and midsize businesses had few viable online ad options beyond Google or Bing (MSFT). This is changing, however, as upstart ad companies tap into new publishing tools and social media to offer effective online campaigns for as low as $20 a pop.

In Gorman’s case, he laid down $1,000 on two such companies, Outbrain andVirurl, and was delighted with the results. While he pays as much as $10 for a customer to click on one of his Google ads, he found he paid 8¢ and 5¢ at the other sites and also earned surges in traffic.

This may sound too good to be true. But for the growing number of businessespriced out of Google Adwords, it could be the real deal.

Instead of buying a search keyword, as they do with Google Adwords, advertisers such as Lawyer.com can pay Outbrain and Virurl to act as distributors for their messages. They supply the message in the form of a link to a piece of content—a picture, a story, or a video. Outbrain and Virurl then spray the link across the Web via third-party publishers and on social-media sites such as Tumblr and Twitter.

Compared with Google Adwords, the upstart services are remarkable for their simplicity: Outbrain and Virurl provide a website for the advertiser to upload a content link and to set a budget and duration for the ad campaign. While Outbrain has traditionally worked with publishers to augment and monetize their traffic, it recently added an advertising tool called Amplify for small and medium-size businesses.

The advertiser can use a credit card to get the campaign up and running almost immediately, compared with the five days Gorman says it takes Google to approve content (the delay is important for brands that want to jump on time-sensitive adopportunities such as Big Bird). As for the money, the advertiser’s allocated budget is depleted every time someone clicks on the link; some of the money goes to the publisher that hosts the ad and the rest goes to the distributors—in Gorman’s case, to Outbrain or Virurl. The distributors also share real-time analytics that let the advertiser monitor the campaign.

To be clear, the two would-be Adwords competitors have different business models. Outbrain is bigger and works primarily with major publishers, including premium ones such as CNN and Time (TWX), to augment traffic or to find spots for ad-driven content. Virurl, on the other hand, is aimed at getting ad content to go viral on social networks, such as Twitter, where “influencers” retweet the links and are paid for clicks.

But from a small business perspective, the underlying strategy is the same: Find ad content that people want to see and pay to distribute it.

Gorman notes that the young ad companies’ geographic targeting isn’t as good as Google’s. (“You can target down to the lamp post with Google AdWords.”) He says, however, that they permit users to choose between U.S. and oversees viewers. He also says they have been forthcoming about fraudulent clicks and will refund money for suspicious traffic.

The advent of cheap, easily managed ad campaigns is good news for companies like Lawyer.com. There’s a catch, though: To sign up for these distribution networks, a company can’t just show up with 20 bucks. It also needs to have a piece of content people want to see.

Like Loading...
‹ Is Online Advertising Getting Too Complex?
How do you turn analytics data into additional revenue? ›