Home › Agency › Can Media Buyers Remain Relevant in the Age of Automation?

Can Media Buyers Remain Relevant in the Age of Automation? 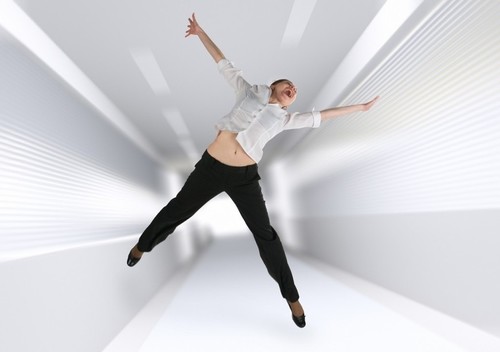 It seems as if no one is really safe from digitization. The sands are shifting again for another job title long thought to be safe — media buyers.

You’re doomed,” said Bob Garfield, an advertising and marketing analyst and author of The Chaos Scenario. Mr. Garfield delivered this ominous message to a packed auditorium of marketing, media and advertising executives back in 2009 as the keynote speaker at the Digital Place-based Advertising Association’s 2nd Annual Digital Media Summit.

At the time, Mr. Garfield was addressing the rapid pace of digitization, a fundamental shift away from analog to digital—that was sweeping across traditional media channels. Indeed, digitization is a tsunami that has destroyed the monolithic status of television, radio and newspapers, while simultaneously creating new media models. There’s no doubt that digitization has forever altered the media landscape, and more than 4 years later, this wave of change continues to ripple onward.

It seems like almost no one is really safe from digitization. Remember when becoming a travel agent was considered a safe career path? Not anymore. The sands are shifting again for another job title long thought to be safe—media buyers.

According to Maarten Albarda, a marketing consultant and co-author of Z.E.R.O.: Zero Paid Media As the New Marketing Model, if you’re currently working as a media buyer, you either need to acquire new analytic skills, which may include knowledge of algorithmic programming—or consider a different career path. “If your current life consists of jockeying excel spreadsheets, buying schedules, orders, bookings and ratings data, chances are you are a media buyer. Your job will become largely extinct,” says Mr. Albarda.

Until recently, most media buys have been negotiated; however, media today is increasingly driven by data and analytics. Companies are looking for ways to make media buying more efficient, hence the shift toward programmatic systems. Programmatic buying, also known as automated buying, currently represents a relatively small percentage of overall media buying activity, but its use is becoming more wide spread. Programmatic buying has streamlined the online ad targeting process by using algorithms to analyze and automate the delivery of real-time data. But the technology is also making inroads in other media channels such as location-based mobile advertising and place-based digital out-of-home media.

Madison Avenue will trade like Wall Street in the near future, according to Mr. Albarda. “The revolution to automate the stock market started around the 1970s. A friend of mine took me onto the trading floor on Wall Street around the same time I started out in media in the late ‘80s. There were a lot of people shouting, trading, heckling and waving. It was mayhem, and it was a business between people,” said Mr. Albarda. “Today, most of the trading volume is handled by automated trades, and when I say automated, I mean it’s not traded by people, but by algorithms. The number of actual traders on the floor has decreased from well over 3,000 at the end of the last decade to around 1,000 people today—and their numbers are still decreasing.”

According to Mr. Albarda, agency holding companies such as WPP, Interpublic, Omnicom, Publicis and Dentsu/Aegis are all trying to lower operating costs by developing smarter systems for routine tasks that include the buying, booking and billing of media. Interpublic Group’s Magna Global has said publicly that it will automate more than 50% of media buying transactions within the next 3 years. It’s more than likely that all of the large agency holding companies will automate their backend systems. In fact, many people within the advertising space think the proposed merger between Omnicom and Publicis is in part being driven by the trend toward programmatic buying.

It’s clear we’ve passed the point of no return. There will be fewer media buyers on the agency side, and most likely fewer sales representatives on the media owner side. Data and analytics will drive a significant portion of media strategy, but algorithms can’t replace people when it comes to finding and leveraging innovative angles and undervalued opportunities. Therefore, strategic planners will likely gain greater visibility. So what percentage of media will shift to programmatic buying versus traditional negotiated buying?

“It will never be all programmatic, but the balance between programmatic buying and negotiated media is going to shift,” says Mr. Albarda. “Right now the majority of media is negotiated, but it will become majority programmatic in the future. I can certainly see where negotiated media will continue to play an important role, primarily around live events, such as the World Cup, the Oscars, and the Emmys which go beyond spot buys and may also involve sponsorships. These kind of events will continue to be negotiated. Today, these types of deals make up the majority of media buys for large brands, but anything else that’s run-of-schedule will become programmatic.”

Like Loading...
‹ How can brands take greater advantage of second-screen usage?
How Programmatic Buying & RTB Will Lead to Better Digital Video ›