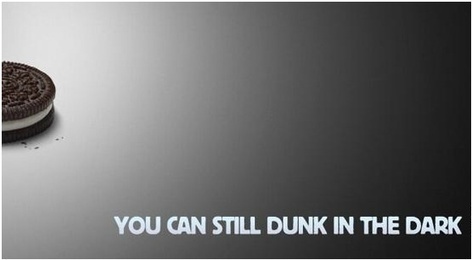 On Sept. 11, nail polish brand Essie’s took to Twitter to say, “September 11, 2001. We will never forget.” Air freshener Glade, during the Emmys,  congratulated the cast of “Veep” with this head-scratcher: “The polls are in. #Optimism paid off. Congratulations to this year’s commander in comedy. #bestfeelings”

This is the new era of “real-time marketing.” Nearly every event now comes with brands glomming onto it. This can be traced to that Oreo Super Bowl tweet that received so much attention. Now you can set your watch to a brand attempting to horn in on an event. The results run the gamut from somewhat clever to banal to downright painful.

Whether it’s back-to-school season, Martin Luther King, Jr., Day or the “Breaking Bad” season finale, brands feel the need to put in their two RTM cents. What most marketers forget about the successful Oreo tweet — which netted more than 15,880 retweets and 6,200 favorites — is that it was an isolated situation in which the brand and agency were able to work quickly to make light of an unexpected situation.

Since then, the results have been less than stellar. The Essie 9/11 tweet got 89 retweets and 38 favorites. That crushes Glade’s Emmys musings, which got a mere 3 retweets and 2 favorites.

The risk is the vogue for real-time marketing blips distracts brands from doing the hard work to fix their internal systems and processes to be more nimble, not just “real time” for the odd event. That work — call it high-metabolism marketing — is harder but offers a far higher long-term payoff.

“The Oreo tweet was a great idea for a marketing execution, but it doesn’t mean it’s a great idea for a continuing strategy –  often marketers mistake seizing a moment in one instance and take that as how to execute in further events, but you can’t plan and manufacture that kind of serendipity,” said Matt Britton, CEO of agency MRY.

The brands that have done the best in digital have figured out how to use the plethora of platforms to strengthen ties with existing customers and court new ones. Think of the deep integrations American Express has pulled off to add value to members, the staggering digital systems built by Nike, and GE’s savvy and all-encompassing embrace of “inventors.”

These companies aren’t chasing real-time blips, which can come across as the modern-day equivalent of desperate viral video ploys of yesteryear. The Emmys, for example, come around every year.

Glade, for whatever reason, felt compelled to tweet about the “Veep” win during the awards show. It may have been of the moment, but it wasn’t particularly clever or on-brand – nor was it really retweeted. And, of course, brands pile on during every 9/11 anniversary, despite the questionable taste of doing so. The net effect of these post-Oreo attempts at “real-time” marketing is to make the brands look awkward and sound stupid.

“It’s herd mentality, and for a lot of brands, it’s really just embarrassing,” said Britton. “It’s actually hurting the field of social media marketing. You have brand marketers who have spent 50 years crafting their brand and now all of a sudden they are dumbing it down with clipart trying to replicate magic that happened once.”

It’s hard out there for a brand. They feel compelled to show their human side– that they’re aware of cultural trends and current events – yet they must keep an eye on the bottom line. Schadenfreude is strong in this industry, so there’s no shortage of gawkers to crow when brands fumble online. (Digiday pleads no contest to the charges.)

As much as brand marketers acknowledge the need to be natural and communicate in an “authentic” voice, these event-glomming, Oreo-copying tweets don’t appear to be coming to an end anytime soon. But perhaps a shift in perspective is on the horizon. As Britton sees it, the future of social media marketing should move from this obsession with real-time to what he calls “predictive” marketing.

“When it comes to events like the Emmys, the most entertaining tweets are going to be from your friends, not brands,” said Britton. “The next phase is about consumer predictions — taking the notion of big data and putting it toward predictability to have content out there before consumers are seeing it on TV or before everyone else is doing it.”