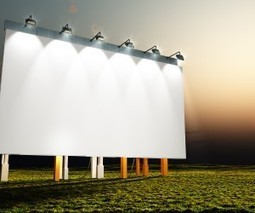 When you think about Internet advertising you typically have banner ads in mind. You wouldn’t be wrong, but the tides are turning. Advertisers are increasingly looking for more effective ways to reach audiences, and ad networks are feeling the pressure. Our own network, Federated Media, detailed in an email to us how it’s handling the shift.

On background, it’s worth noting that Federated Media (FM) is one of the largest ad agencies in the world. comScore’s latest report places it at #6 in the US, which is in the range of Yahoo and AOL, with an audience of over 180 million unique visitors monthly. That is to say that FM is likely a good barometer of what’s going on in the industry as a whole.

FM, like many agencies, has put some focus on direct-sold advertising in the past (yep, banner ads). In 2011 the company reports that these units accounted for 15% of its revenue. In 2012, that number decreased to 11% and for 2013 the projection hits ground zero as FM will be moving away from direct-sold media entirely. The direction? Conversational and Programmatic Media, with a projected 40/60 revenue split between the two.